When this happens, Salto will only show the first 20,000 differences, while other elements (exceeding the maximum allowed number) will not appear in the comparison.

This may prevent you from continuing with the deployment, as the desired elements for deploying may not show up in the comparison and will not be selectable.

There are multiple possible reasons for a large amount of differences between 2 Netsuite environments: 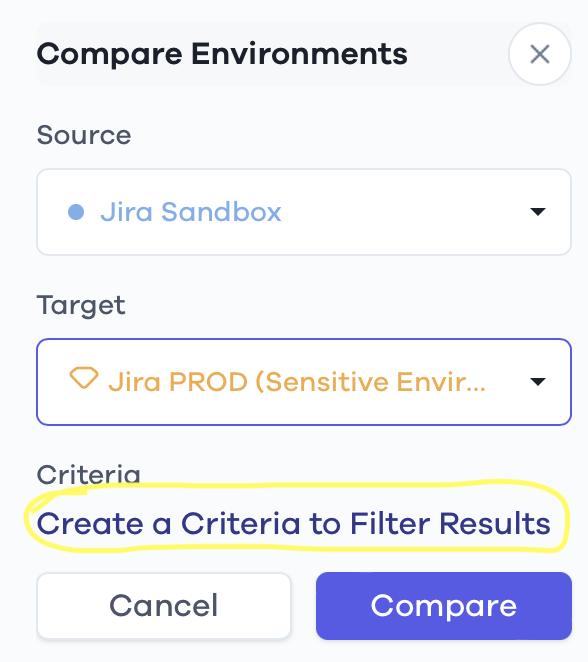 If these don't help, you may want to simply reduce the number of elements that Salto manages. Change your fetch configuration to exclude elements until you're able to make the comparison you need.
You can have multiple environments, each with its own configuration, to help you manage, compare and deploy different types of elements.